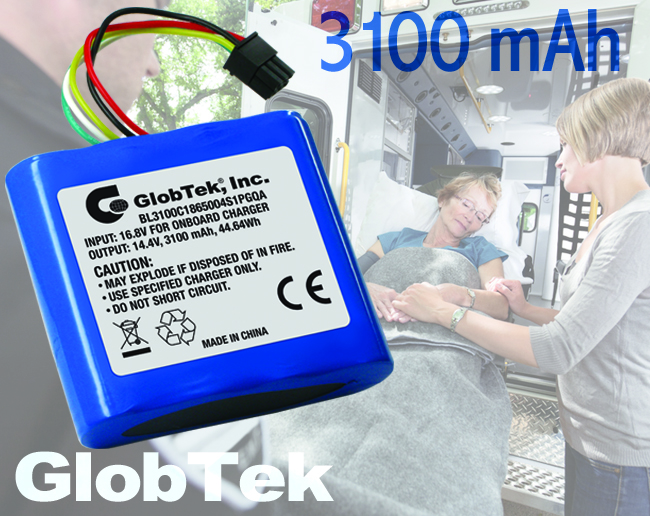 Providing foolproof rechargeable power for any portable device, the BL3100C18650XSXPPGQA Li-Ion battery pack from GlobTek has both a built-in charger and fuel gauge circuitry to ensure both safe operation and power reliability. Delivering 14.4 Volts with a capacity of 3100Mah, the battery pack is a drop-in solution for product applications where recharge cycles, battery performance, and user friendliness are important. As David Rakovsky, COO of GlobTek, points out, “This is a highly sophisticated battery pack available from stock, so a designer doesn’t have to worry about charging or system integration issues.” David continued, “It’s literally a battery pack “for dummies” in that you don’t have to think about it, you just have to drop it in.”